Perhaps the most useful invention in the show is a mobile phone app called RefAid (Refugee Aid App) that was created in 2016 by an ex-pat American tech entrepreneur named Shelley Taylor.

View all posts by Pradeep Maheepala 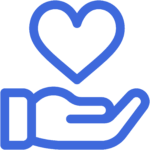